A call for bids for a research scholarship (BIPD - Doctor) is open within the scope of the R&D institution, Psychology Research Center - CIP, of the Autonomous University of Lisbon, with the reference UIDB / 04345/2020, having financial support from FCT / MCTES through national funds (PIDDAC)

Publication of scientific articles as the first author, in indexed scientific journals;

Fluency in writing in English.

Collaboration in bibliographic review, data analysis and writing of scientific articles under development within the scope of the “Transcultural Factors of Well-Being” Project.

The scholarship is awarded under Law No. 40/2004, of 18 August, updated by Decree-Law No. 123/2019, of 28 August (Statute of the Scientific Research Fellow), and Regulation of Research Grants of the Foundation for Science and Technology, IP in force https://www.fct.pt/apoios/bolsas/regulamento.phtml.pt

The work will be carried out in person at the premises of CIP - Center for Research in Psychology, at the Autonomous University of Lisbon, Rua de Santa Marta, 47, 3rd floor, gab. 304, under the guidance of Dr. Iolanda chicken.

Duration of the scholarship (s)

The scholarship amount corresponds to € 1.616 according to the table of scholarship values ​​directly attributed by FCT, IP in the country (https://www.fct.pt/apoios/bolsas/valores)

Three candidates who meet the admission requirements and according to the preference criteria will be considered for interview. Candidates will be evaluated according to the following considerations: curriculum evaluation (70%), interview (20%) and motivation letter (10%).

Composition of the Selection Panel

Candidates admitted for interview are invited by email. The final results of the evaluation will be published, through a list ordered by final grade obtained, in a public place on the website of the Autonomous University of Lisbon (www.autonoma.pt), with the approved candidate notified by email. All applicants will be notified of the decision by email.

After a final decision has been made and candidates have been informed, appeals must be made within 15 working days, or sent to the highest executive body of the financing entity within 30 working days.

On the thirtieth day of the month of March of two thousand and twenty-one, the jury of the competition to award a Research Grant (BIPD) within the scope of the R&D Unit - Psychology Research Center - CIP, with the reference BIPD _2021_1 UIDB / 04345/2020, scientific area of Psychological Sciences and specific scientific area of P, met at the premises of the Autonomous University of Lisbon, at twelve o'clock. This meeting was justified by the fact that the Jury was informed that the selected candidate, Rita Morais, withdrew from the competition for the scholarship. In this sequence, it was decided to replace him by the second candidate in the final ranking list, Alyane Audibert Silveira. Contact was made with this candidate, having informed her of her unwillingness to accept the scholarship. Thus, the contest was closed without any candidate admitted.

CONFERENCE: EXAMINING THE EXPERIENCE OF SHAME AND GUILT AT AVOIDANT PERSONALITY DISORDER IN YOUNG ADULTS I APRIL 21 | 18:30 | ROOM 18 AND ONLINE

CONFERENCE: THE EFFECTIVENESS OF PSYCHOSOCIAL INTERVENTIONS IN ORGANIZATIONAL CONTEXT: ASSUMPTIONS AND CROSSROADS | APRIL 07 | 18:30 | AUDITORIUM 1 AND ONLINE

CONFERENCE: MANAGEMENT OF COLLATERAL DAMAGE FROM THE PANDEMIC IN PEOPLE WITH CHRONIC DISEASES | MARCH 31 | 18:30 | AUDITORIUM 1 AND ONLINE

Congress of the Order of Psychologists 2022 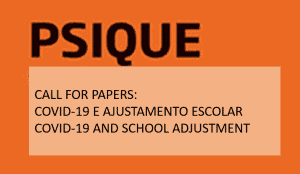 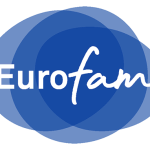 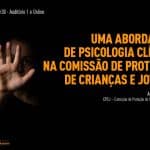 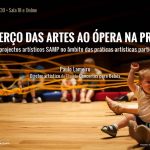 Português
This site uses cookies to enable a better user experience. By browsing the site you will consent to its use.OkPrivacy Policy